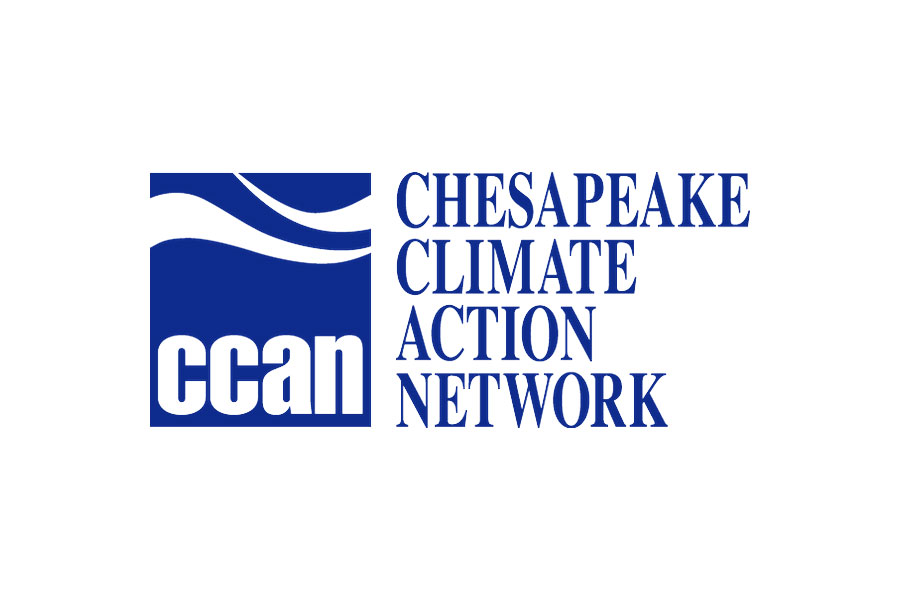 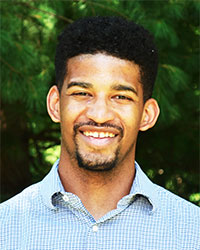 The Chesapeake Climate Action Network (CCAN) is the first grassroots, nonprofit organization dedicated exclusively to fighting global warming in Maryland, Virginia, and Washington, D.C. Our mission is to build a diverse movement powerful enough to put our region on the path to climate stability, while using our proximity to the nation’s capital to inspire action in neighboring states, regions nationwide, and countries around the world.  In this interview with Harrison Wallace we learn about their recent success in Virginia and the impact they are having on fighting climate change in the region.

WWF: Harrison, thank you so much for taking the time today to share with us the important work you are doing at CCAN.   You have a background in policy and working with Terry McAuliffe campaign.  How did your policy work lead you to your work with CCAN?

I took an interesting path to get to my current role at CCAN. As you mentioned, I started my career as an electoral field organizer: Governor McAuliffe’s campaign was definitely the most consequential one that I worked on, both personally and for the commonwealth. After watching multiple politicians renege on their promises to protect our environment and our climate, I decided that I had to advocate for the solutions that they weren’t taking seriously. My background remained in organizing for a while, but I was always fascinated by policy and I had a knack for political strategy. I was lucky enough to get an opportunity to do some policy work at the local level and I impressed the CCAN team enough that they let me take over our statewide policy work about three years ago. I think it is clear that we need more organizers in policy discussions, because we understand the needs of everyday people and the power of a community-led movement. 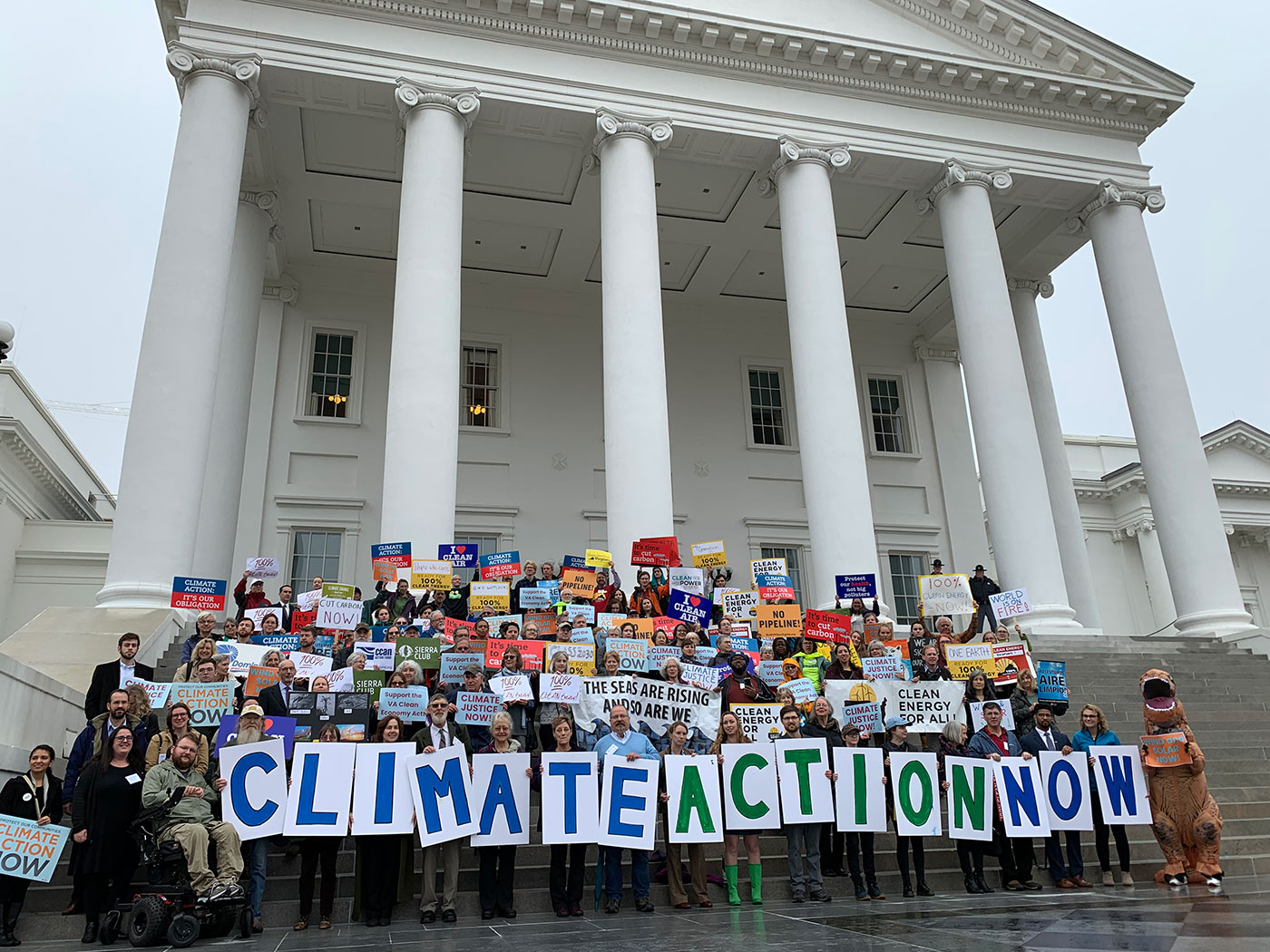 WWF: After 6 years of tireless work, the Dominion Energy and Duke Energy recently announced they are cancelling the Atlantic Coast Pipeline.  This took a lot of advocacy and collaboration with partners.  Can you share some of the lessons learned through this work.

The main lesson that I learned throughout this process has always been to trust frontline communities and always let them lead. A lot of times, green groups can be too heavy handed when trying to help out a community that has been threatened by fossil fuel infrastructure, which can lead to fractured relationships. The people of Buckingham and community groups across the proposed path of the ACP spoke up loudly and we played our role as supporters in the environmental community. A lot of folks want to claim responsibility for this win, but this was accomplished by a monumental coalition that was led by the communities who actually threatened by the project.

WWF: CCAN played a large role in the passing of the Clean Economy Act.  Can you explain this bill and what it means for the people of Virginia.

The Virginia Clean Economy Act (VCEA) sets Virginia on the path to being 100% carbon free by 2045, making Virginia the only state in the south to have a codified plan to eliminate fossil fuel emissions from the electricity sector. The bill will put us on the pathway to reducing emissions in line with the IPCC guidelines, it will create thousands of new jobs and has the potential to make coastal Virginia the offshore wind hub of the east coast, and the emission reductions will improve health outcomes for all. It will also create some of Virginia’s first environmental justice reviews of energy policies, create a social cost of carbon review, and it creates the commonwealth’s first energy efficiency resource standard, which will save Virginia families and businesses money on their utility bills. 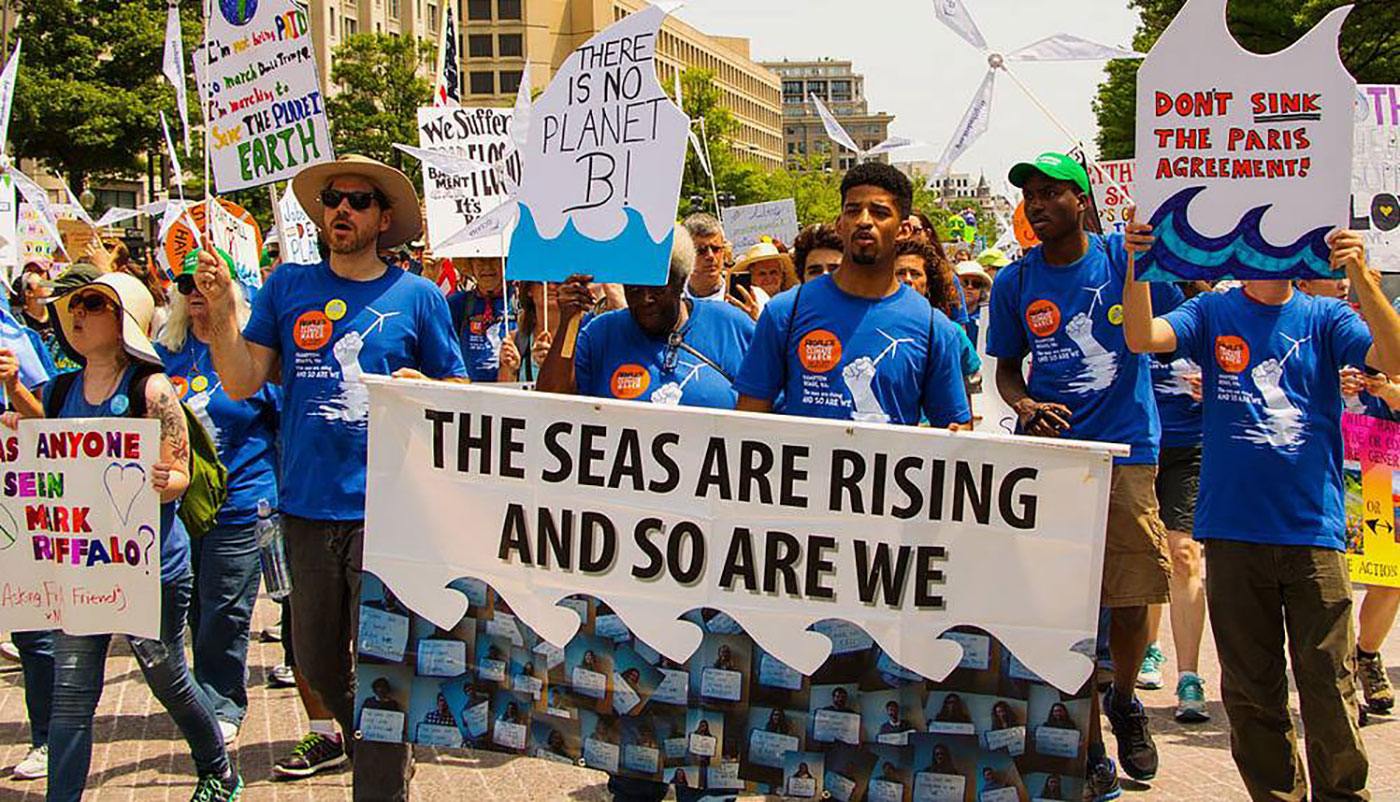 WWF: What do you find most rewarding for working with an organization like CCAN?

I’ve always enjoyed the relentlessness of CCAN. We take on huge fights, often before they look politically feasible. We always punch above our weight: whether it be calling out a popular governor, taking on the most powerful monopoly in the region, or risking arrest in the name of environmental justice, we will always do what it takes to win. I also really love how dedicated every staff member is to fighting climate change: we are often referred to as the hardest workers in the room, this keeps me motivated every day to give this movement all that I have, because I know my colleagues are doing the same thing. 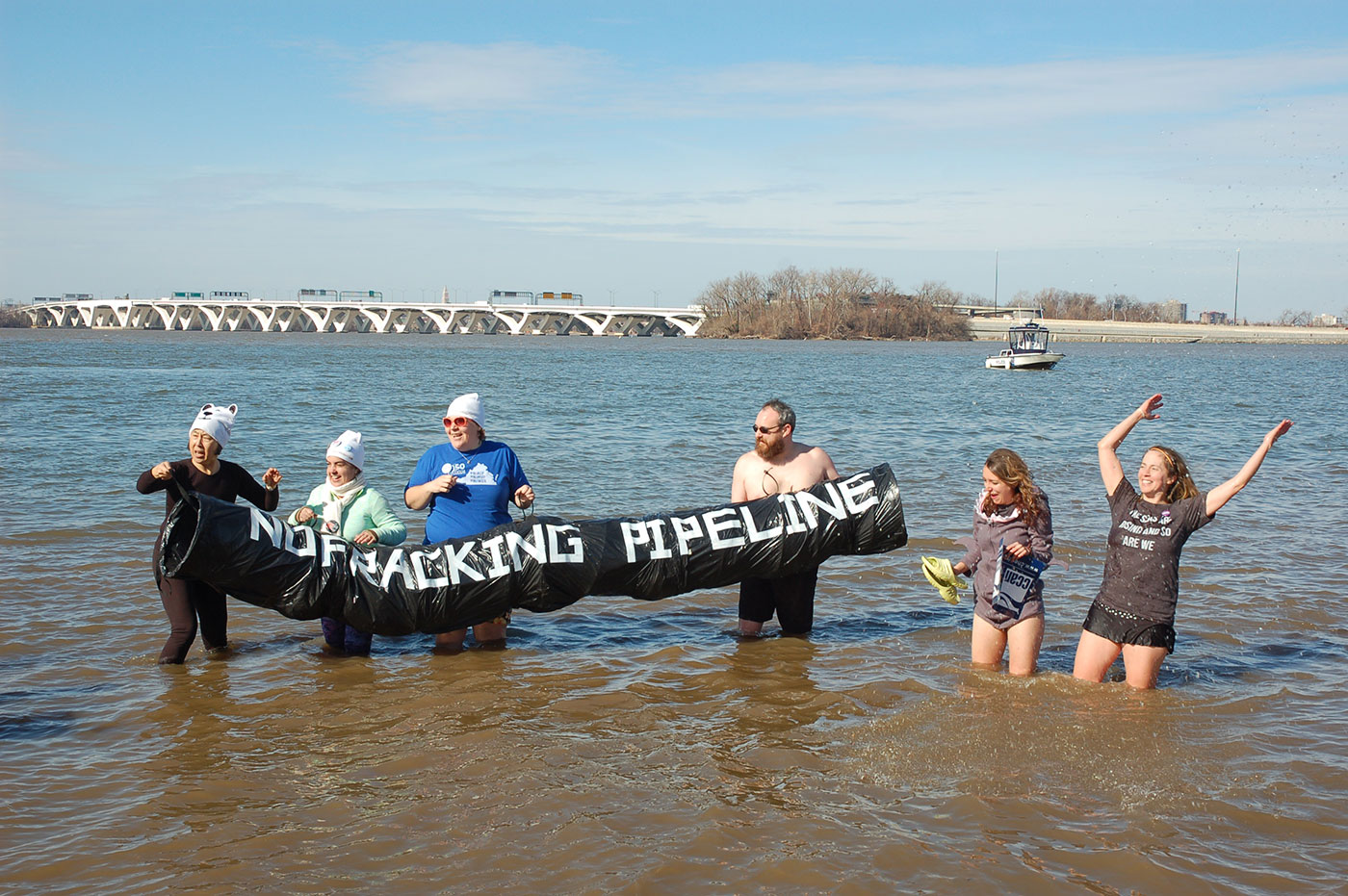 WWF: Virginia looks different today because of the work you and the CCAN team have done.  In 5-7 years, what would success look like to you?

I hope that, by 2025, we will have passed legislation that mandates a net zero economy in Virginia by 2040. I’ll be proud of that plan if our pathway includes a truly just transition that focuses on family-sustaining jobs and moves us towards a democratized energy market that isn’t controlled by one or two monopolies. I also believe that the transportation sector will be our most immediate next frontier, and that transition will have to move us away from a society that relies so heavily on cars. We will be successful if all of Virginia’s residents can access public transportation to essential services by walking or through a first-mile/last-mile connector. 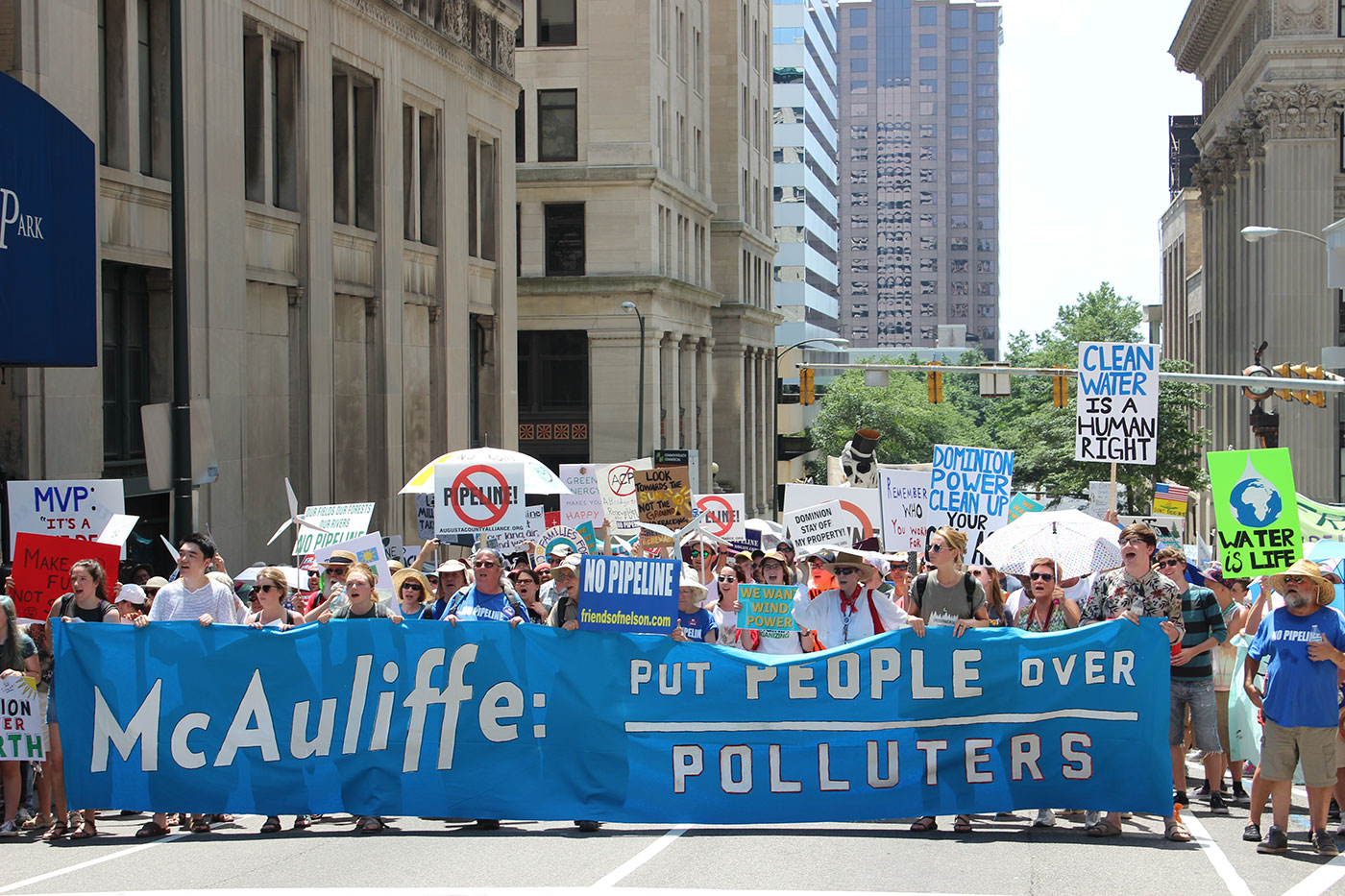