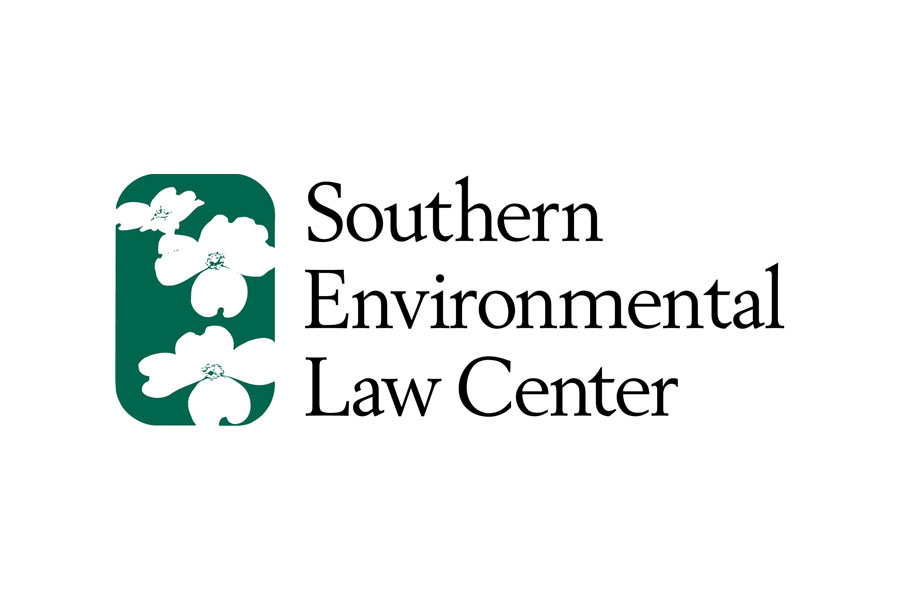 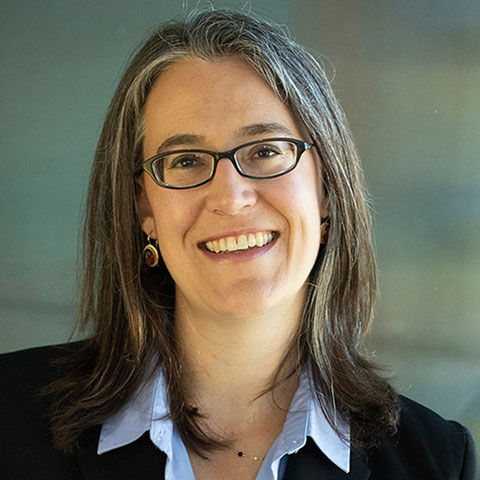 In her time as an attorney, Sarah’s work focused on conservation of national forests in the Southern Appalachians, the mountain backbone of the South. She has worked with local partners to shape forest management and restoration plans, curtail inappropriate logging projects, protect special areas, and encourage greater collaboration between Forest Service land managers and citizens who use and rely on our national forests. Most notably she played a key role in securing the decision, after a five-year campaign, to protect Virginia’s George Washington National Forest from natural gas drilling and fracking. SELC’s longstanding expertise in national forest conservation also played a critical role in stopping the Atlantic Coast Pipeline, which, among its many unnecessary harms, would have cut through miles of the George Washington and Monongahela National Forests, and tunneled under the Appalachian Trail. 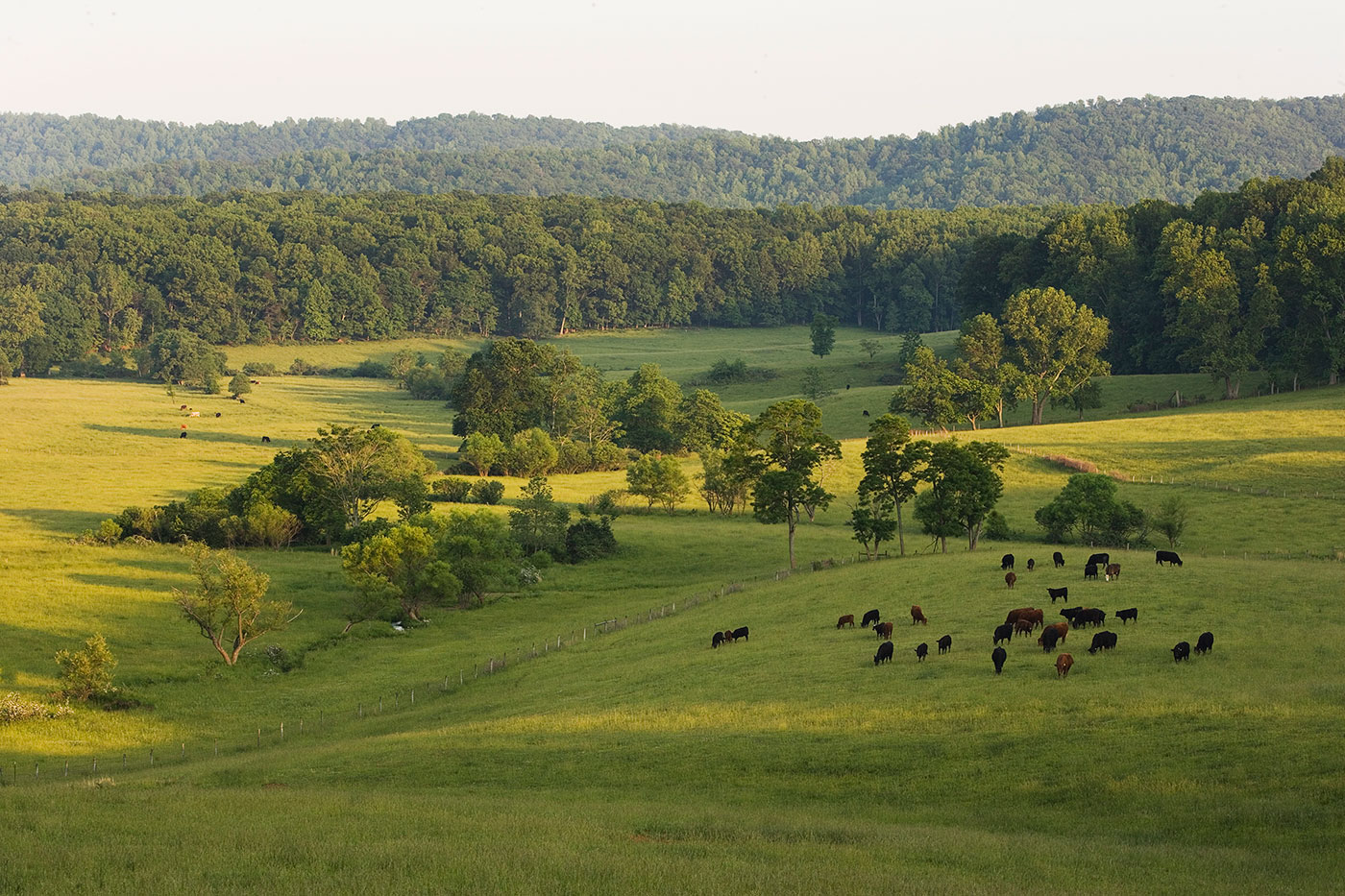 WWF: You have had an impressive career and a number of successes. Please share one of your greatest successes.

I grew up on my family’s farm in the Shenandoah Valley, and my interest in the environment came from spending a lot of time outside as a child. I have always deeply cared about that land and place, and from early on I became invested in the future of the Valley and the places across the South that we love and depend on. When thinking about a career, I wanted to make a difference that mattered to real people and real places, and for me that led to environmental law.

I have focused on national forest protection for the bulk of my career, before taking on a broader role directing our work across Virginia. There are two major, interrelated bright spots: November 2014 and July 2020. In 2014 we convinced the U.S. Forest Service to keep the vast majority of the George Washington National Forest’s 1.1 million acres safe from gas drilling and fracking. Not only was this a significant moment for the forest and the surrounding communities, but it was a beautiful demonstration of the power of locally-rooted, nonpartisan collaboration. Conservation groups, local officials, and other allies together called on the Forest Service to protect drinking water supplies, fish and wildlife habitat, and the scenic recreation areas important to the local economy.

Around the same time, in summer 2014, Dominion Energy and Duke Energy proposed to build the 600-mile Atlantic Coast Pipeline from West Virginia, across Virginia, and into North Carolina. When the pipeline was proposed across the George Washington and neighboring Monongahela National Forests and through the Shenandoah Valley, many local advocates who had called on the Forest Service to support their vision of the future turned their attention to challenging this unnecessary, destructive pipeline. All along the pipeline’s path, a diverse collective of organizations and community groups rose up to speak against the myriad risks of this project, and to resist a new pipeline that would only impede our progress towards a clean energy future. Six years later, in July 2020, after a campaign connecting litigation, outreach, and strategic communication, SELC and our many allies in this fight finally prevailed when Dominion and Duke cancelled the project. That is a victory for all in the path – historic African-American and Native American communities, countless farms, mountain forests, and thousands of rivers and streams. And the impact of this result reverberates around our region and country. 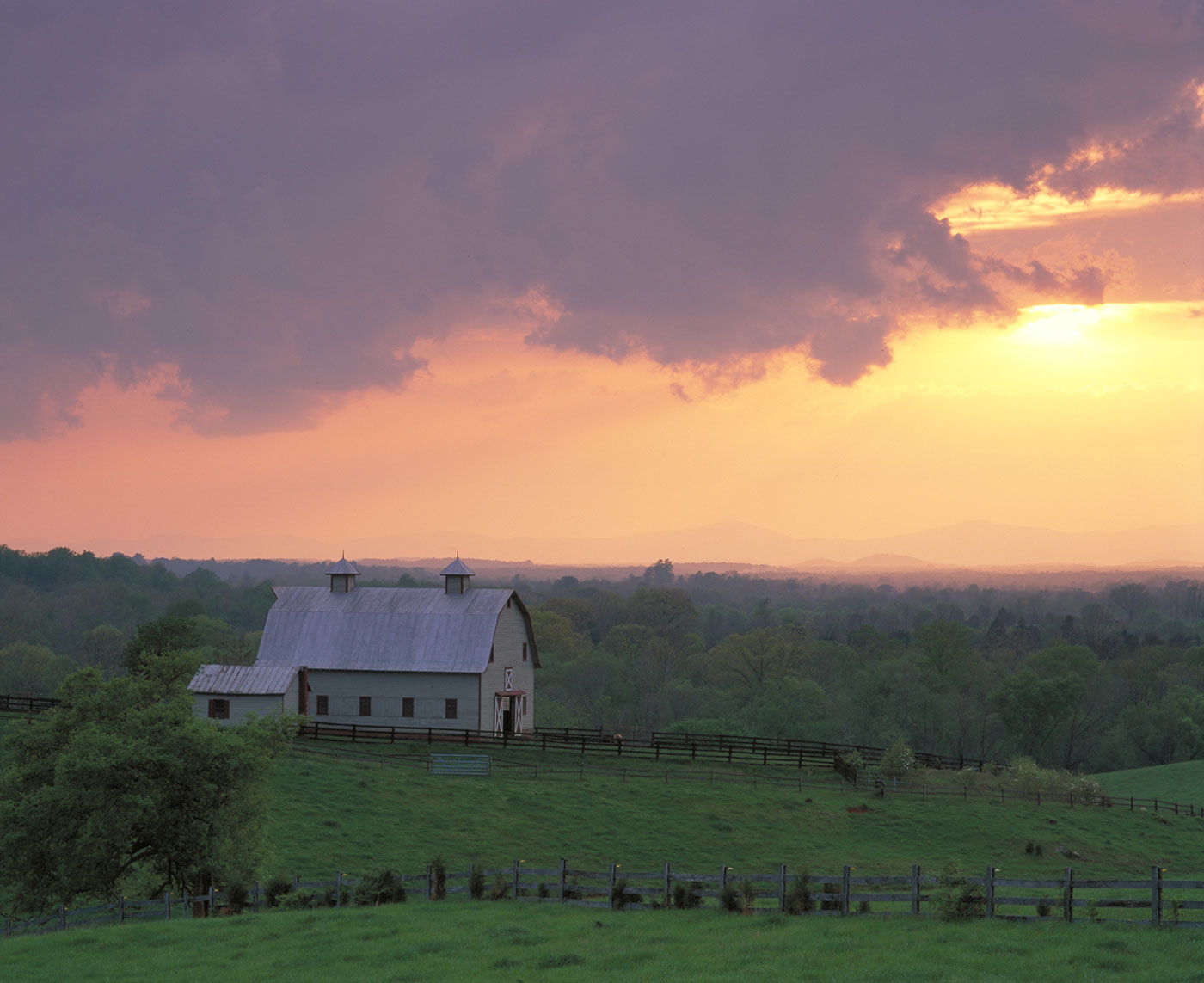 WWF: A lot of SELC’s successes have come through your ability to bring organizations together. Can you share one of SELC’s biggest coalition success stories?

Over the years, SELC has been very effective in building strong relationships with a variety of partners in our region and at the national level. Much like our alliances that kept fracking out of George Washington National Forest and stopped the Atlantic Coast Pipeline, we have seen the power of broad, multi-state coalitions in our fight to move toxic coal ash away from waterways and into safe storage in lined landfills. This work began in 2011, and we have now secured the cleanup of 255 million tons of ash in our region. In Virginia, we ushered in the country’s first “clean closure” coal ash law in 2019 that required Dominion Power to excavate more than 28 million tons of ash sitting in leaking, primitive ponds next to major rivers in the Chesapeake Bay watershed. Likewise we pressed North Carolina to take bold action requiring the excavation of at least 126 million tons of coal ash in that state, with a sweeping agreement with Duke Energy at the beginning of 2020 that represents the largest coal ash cleanup in America, and one of the largest toxic waste cleanups in our region’s history.

Strong partnerships are fundamental to our approach and make this scale of collective success possible. Our partners in the coal ash fights range from local conservation and community groups to regional and national organizations. This victory—a major win for the health of communities throughout the Southeast—just goes to show that when we join forces with groups that are grounded in the places and communities at stake and pair the power of place with the power of the law some of the most ground-breaking environmental protections are made possible.

WWF: Air toxins have been a public concern for years. The Bush administration’s regulations were far too weak, and President Obama was able to set high standards, but these are now being attacked by the Trump administration. What is SELC’s role in protecting these standards?

SELC has a long history of advocating for the national Mercury and Air Toxic Standards rule for coal-fired power plants – our attorneys first advocated for these standards under the Bush administration, and have since represented several national medical and health groups, including the American Lung Association, to defend these safeguards in court. And now, the Trump administration is undermining our air protections, blindly claiming that it is no longer appropriate to regulate mercury and other dangerous air pollutants emitted from coal plants.

This may be the most dangerous and offensive proposal from the Trump administration. Mercury and air toxics should have been regulated years before we got the rules in place, and when they were fully implemented, we saw significant and highly measurable benefits. We now know that nearly 90% of mercury emissions were reduced by the controls required by this rule. When you’re talking about such an incredibly toxic pollutant, to get that kind of reduction, and the kind of health benefits that that this means for real people—particularly mothers and children—I just find it appalling that the administration has decided to start heading backwards by pretending it’s not appropriate and necessary. It’s a fiction that’s incredibly dangerous to the immediate health and lives of some of the most vulnerable people in our communities, and we’re in court to make sure that these plans are put to a stop. 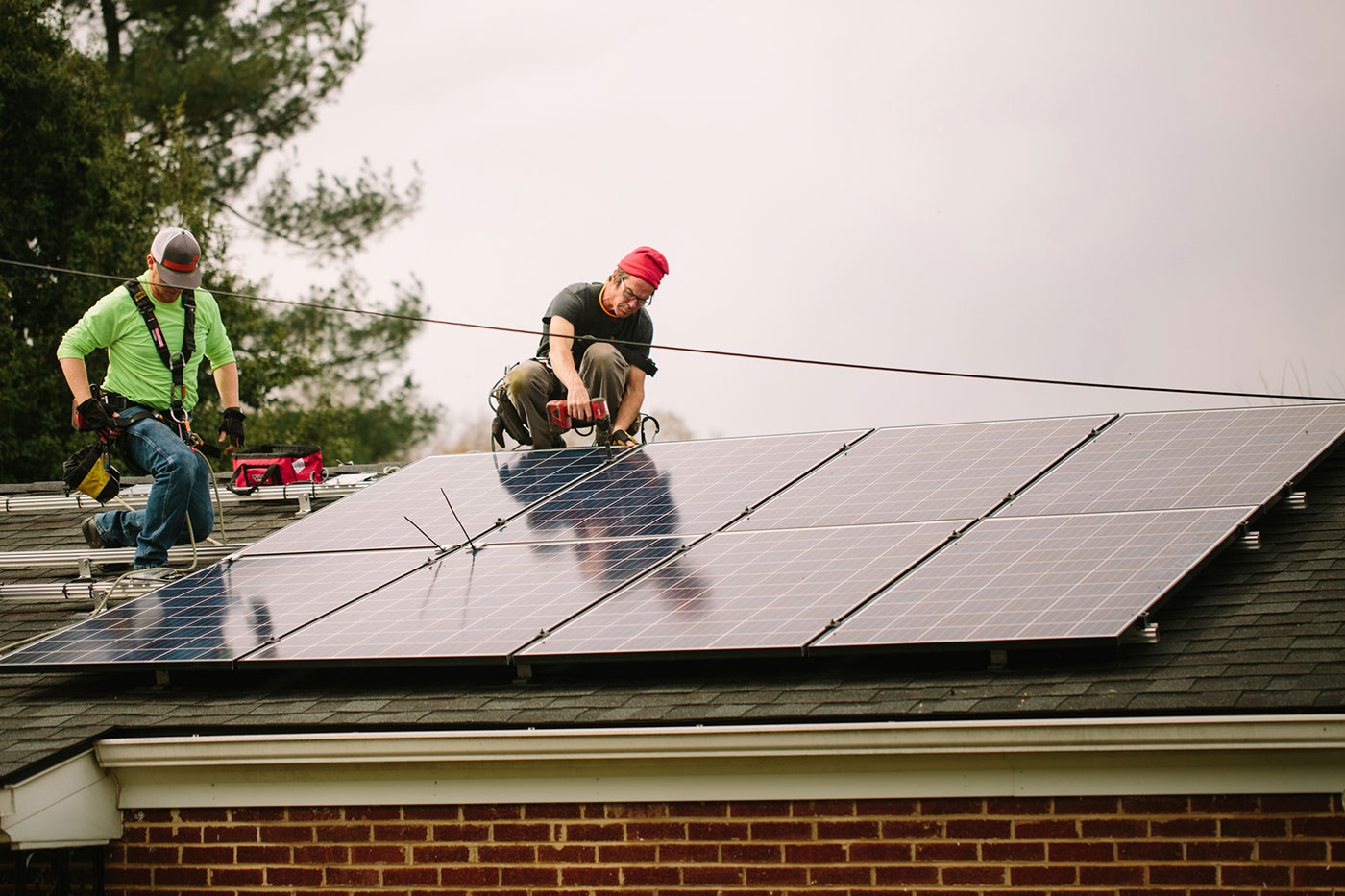 WWF: SELC knows how to work effectively in all three branches of government—and at the national, regional, state, and local levels. Can you share an example of how your local work has helped create regional change?

We’re known to set ambitious goals here at SELC, and it takes a comprehensive strategy to tackle the big issues. Several years ago we decided it was high time to stop the planned buildout of coal-fired power plants in our region, to see through the retirement of dirty, old power plants, and set the region on a course towards solar. So now, after years of fighting specific bad proposals in court, holding power companies accountable in front of state utility commissions, driving change through policy and leveraging that progress across multiple states, we’ve now stopped a new generation of coal plants from being built and have helped secure the timely retirement of almost 50 percent of the outdated existing coal plant capacity in our six states. And we have helped to expand solar energy in our region by 14 fold since 2015, yielding environmental and economic benefits. Throughout, SELC and our partners have educated the public and decision-makers and elevated the profile of these issues in the public eye. This work builds on itself, as progress shows change is possible, and it can culminate in a tremendous leap like the Clean Economy Act in Virginia—legislation that requires a zero-carbon grid by 2050, makes the Commonwealth a national-level leader in tackling climate change, propels the renewable energy economy, and sets a new bar for the Southeast. 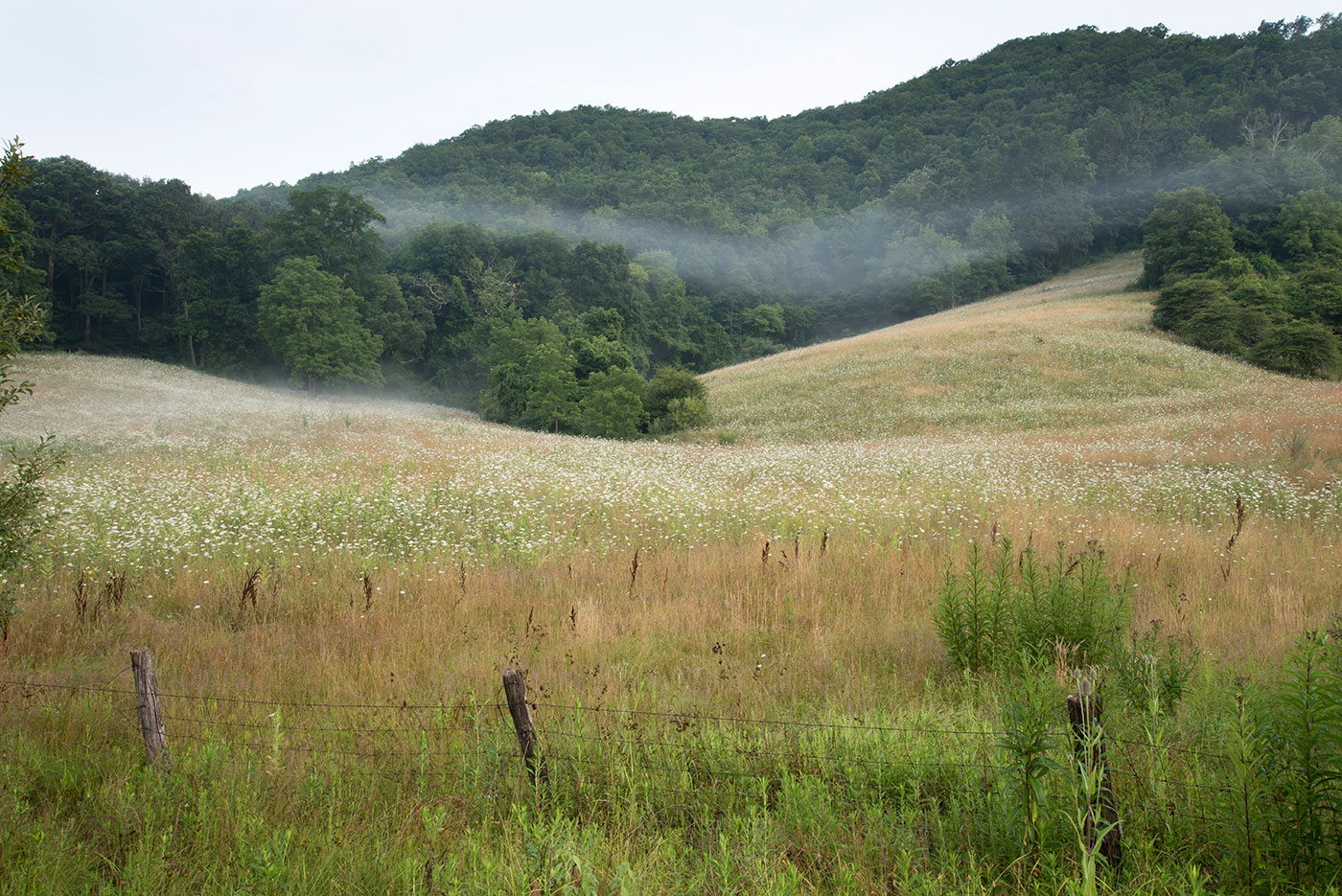 WWF: What do you find most rewarding for working with an organization like SELC?

This is an easy question. Getting to work day in and day out with such fantastic colleagues and friends is incredibly fulfilling. The people that are part of this organization are brilliant, incredibly dedicated, and at the absolute top of their game. We bring a comradery and sense of shared commitment to one another and to the work that I find inspiring.

Within SELC, we are all in this together, and that extends to the partner and client organizations that we have worked with, oftentimes over a period of years. This sense of community includes the people and the foundations that support us, without whom we couldn’t do the work toward our shared goals. I have special appreciation for these partnerships.

I have been with SELC for almost 18 years. I have seen how our and our partners’ work has directly benefited Southern landscapes and communities and has driven broader change across the region, and at the same time I see how much work we have in front of us. Over the next several years, we can and will hold the line on basic federal protections that we’ve fought hard for over the last decades, shore up safeguards at the state and federal level, and as a state and region redouble our efforts to deal with the causes and consequences of climate change. We must ensure that all communities in our region have clean air, clean water, and a healthy, thriving environment.