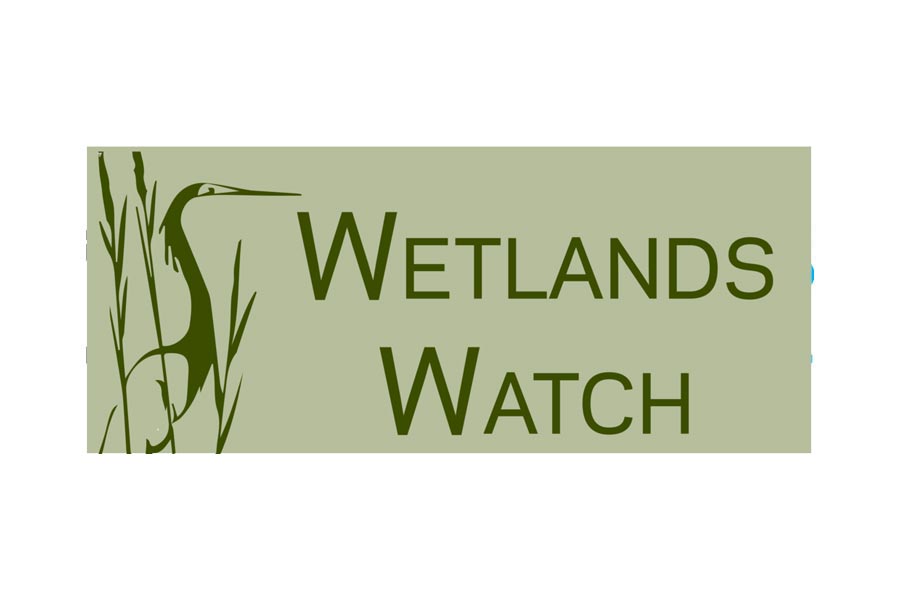 Skip Stiles is the Executive Director of Wetlands Watch, a small non-profit based in Norfolk, VA, that works in the tidewater region of the state to protect and conserve wetlands. The organization is particularly concerned about the effects that projected sea level rise will have on wetlands, and is bringing these concerns to the attention of citizens and lawmakers on the state and local level. To learn more about wetlands protection and the impacts of climate change on these important ecosystems, visit www.wetlandswatch.org.

WestWind Foundation: What was the inspiration behind starting Wetlands Watch?
Skip Stiles: Wetlands Watch was formed as a classic “kitchen table” organization, where a bunch of citizens were upset about a dredging permit and decided to do something about it around kitchen tables here in Norfolk. They formed an effort to deal with one incident, but as they came into contact with the regulatory system they found that there were a whole bunch of systemic problems in trying to preserve wetlands. That led them to form the organization to try to address these systemic issues.

WWF: Why is wetlands protection important?
SS:Most people don’t see wetlands, because they’re usually behind the big house at the end of the point, or they think of wetlands as mucky and smelly. But wetlands are as productive as tropical rainforests; they’re one of the most productive ecosystems in the world. Wetlands process nutrients, and in the process they create food that all the little critters eat, and then the bigger critters eat them. The North Carolina Coastal Federation says, ‘No Wetlands, No Seafood.’ That productivity is what makes wetlands so valuable.

WWF: How does wetlands protection figure into climate protection?
SS: The tidal wetlands are threatened by sea-level rise. Initial estimates show that we will lose anywhere between 50-80% of the tidal wetlands in the Chesapeake Bay region with accelerated sea-level rise due to climate change. There’s also a nasty feedback loop at work in that wetlands are one of the biggest natural carbon sinks; they sequester carbon from the atmosphere. Some estimates are that wetlands absorb 100 tons of carbon per acre. So as these wetlands become inundated, or, in the case of non-tidal wetlands, dried out, all that carbon goes back in the environment as carbon dioxide and other greenhouse gases. You not only don’t get the sequestration, you get additional loading of CO2.

WWF: How do you cope with a political and legislative environment that has not yet prioritized wetlands and climate protection?
SS: That’s our biggest challenge. We mostly do grassroots education and activism training, Kiwanis Club by Kiwanis Club. We’re trying to change people’s attitudes and educate them about wetlands and climate change and wait for chances to get our message across. So when we see that insurance companies are pulling out of Virginia because of increased risk from coastal storms and inundation, we take those facts and package them and create a bridge to interest the economic sector. So we’re looking for events that we can use to bridge to non-traditional allies, such as hunting and fishing groups, some work with the faith community, and anyone who has a long-term interest in the coastal environment or coastal infrastructure. We’ve been talking to the hotel/motel folks here in coastal Virginia because they have an interest in what happens to the oceanfront. We find an OECD [Organization for Economic Cooperation and Development] study that says that Hampton Roads has the tenth largest set of assets at risk from sea-level rise and then we use that to talk to the business sector about how they need to get real about climate change and figure it into their work and their planning. I’ve found that there’s a lot of acceptance of the problem from these non-traditional allies; the hard part is turning acceptance into action.

WWF: If you could secure passage of any legislation in the Virginia General Assembly, what would it be?
SS: I was on the Governor’s Commission on Climate Change, and we came up with a whole set of recommendations. There’s a lot of good stuff there. For the places where we’re working, the first priority has to be the mapping that’s needed to try to figure out where two feet of sea-level rise is going to go. Local governments are using maps that were drawn pen-on-paper in the 1970s. We need high-resolution, digital maps that cost about $6 million for tidal Virginia. First you do the mapping, and then you come back with a package of legislation that’s focused at the local level so that these decisions are made in a wise manner to preserve the coastal ecosystems. The Chesapeake Bay Preservation Act is at the nexus of land use and coastal ecosystems. The exceptions in it are everywhere, and the implementation of it is poor; if the Act could do what it is supposed to, you would be working on a big part of the problem. If the statute were allowed to work, it would actually give the local governments a lot of power over land use decisions, assuming they have the political will. And that’s one of the things that we work on, developing broad citizen support for stewardship decisions at the local level. As for regulatory statutes, there’s some easy fixes there, legislatively. Specifically, we should take our current best estimates of climate change into account: 3 degrees centigrade temperature increase and at least 2.3 meters of sea level rise. If you have to take those factors into account, then you’re not going to allow as much wetland loss. Even under current law, Virginia has never met its “No Net Loss” pledge for tidal wetlands.

WWF: Wetlands Watch is a small organization with a staff of just one person. What strategies do you employ to make the most of limited resources?
SS: When I was in politics I learned that you either make waves or ride waves. If you’re too small to make waves, you look for waves to ride. So we’re constantly looking for events that energize the issues we’re working on. In the case of climate change, it’s storms, it’s insurance companies pulling out, it’s studies saying “you have huge assets at risk of sea-level rise.” So we try to use some of these larger events to frame our issues. We’ve also started doing more with electronic media. We found a company that offered 10,000 free emails a month to non-profits, and we do an e-newsletter. We’ve found a company that offers free licenses for their data management software. We’ve also partnered with larger organizations, and last year we did joint press releases with National Wildlife Federation and the Natural Resources Defense Council. We needed their media savvy and exposure to multiply our impact, and they needed someone on the ground. A lot of larger groups don’t have the kind of legs on the ground that we’re trying to build, so these partnerships are coming at us.

WWF: What are the most important steps that citizens can take to advance wetlands protection in Virginia?
SS: When we started we did a lot of activist training to get folks involved in the regulatory process. But when we realized that 99% of the permits get issued once the land is rezoned, we shifted more towards getting citizens involved in the comprehensive land use plans that each locality in Virginia is supposed to update every five years, because those reach 25 – 50 years in the future. In Virginia, that’s the main place where a citizen can get involved in shaping the future of their locality. In a couple of instances we’ve teamed up with citizens’ groups and used those comprehensive land use planning processes as a way of getting citizens organized and educated on land use planning, and hopefully leaving behind, after the comprehensive plan is done, a group of citizen watchdogs. So more and more we push people towards local land use because, given that Virginia is such a strong property rights state, once a piece of land has been “upzoned” you’re pretty much going to see development occur.

WWF: What have proven to be the most effective ways to get citizens to take action?
SS: Because we’re dealing with places that people are familiar with, we don’t use an abstract concept of “Save the Wetlands”, it’s “Let’s save this marsh in your backyard, in this watershed.” This approach allows you to put a zip code on what is ordinarily an amorphous issue like wetlands conservation. People are motivated by climate change; we use the local NOAA [National Atmospheric and Oceanographic Organization] tide gauges to look at storm surges and map out recent storms. We show how the 2006 Thanksgiving nor’easter would have been a foot lower in 1906; and how a two foot sea level rise makes that same storm in 2106 worse than Hurricane Isabel. In coastal areas, people mark events by storms. If you can focus an abstract issue like climate change into a context that people can understand, such as the ’56 storm, or that Nor’easter, and then add two feet to that storm surge, then you begin to engage people.

WWF: What has been your organization’s biggest success to-date?
SS: Our biggest success has been the letter that we sent to Governor Kaine in May of 2007. We said, “you’re going to lose anywhere between 50-80% of your wetlands if you don’t do something about sea-level rise.” Our board became aware of sea-level rise and realized that all the work they were doing would be for naught if the wetlands go under. A small group like us managed to get the sea-level rise and wetlands issue out. We also set up the press on that so that we got an amplification. It was a careful, considered approach, we didn’t play ‘gotcha!’ with the Governor, we sent him the letter and sat on it, and then we did a considered press release. That resulted in my getting appointed to the Governor’s Climate Change Commission, where we got a lot of good work done, and we focused a lot of attention on the urgency of this issue.

WWF: What is the biggest challenge that Wetlands Watch faces?
SS: It’s the magnitude of the problem and our capacity. With only one staffer, there are days when you either do the work, or try to raise the money to do the work. We made the leap to paid staff, but now we’re finding that no one from Maine to Mexico is working on these issues at the local level. There are a lot of people who would like us to come to meetings and talk to them, but we also have to get the work done. It really is a matter of capacity; we’ve caught the wave, but standing up is the real issue. We’ve got the right tools, but staying ahead of the issues is a real challenge when you’re small like we are.